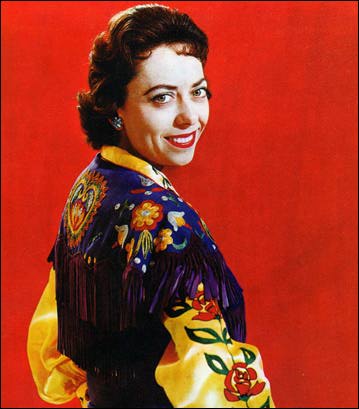 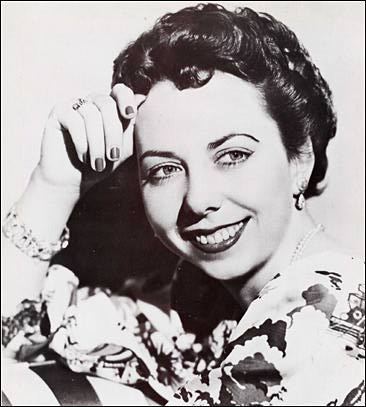 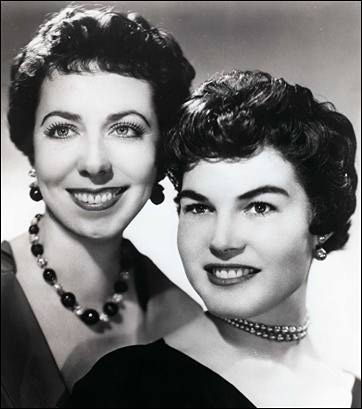 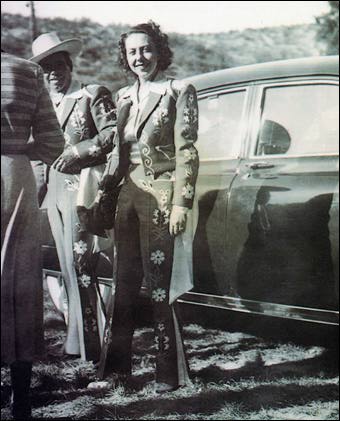 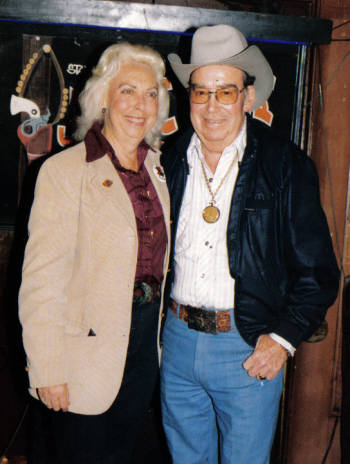 
Rockabilly may have started with a Modesto, California based family when Fred got tried, actually sick, of pickin' cotton, sat down on his cotton sack and made the announcement to the family, "We're going into the music business."

That was in late 1937. Rice's Furniture Store agreed to sponsor them on the radio over KTRB from 6:30am to 7:00am every weekday as "The Alabama Outlaws." Originally they were a trio. Fred, as announcer and played slap-bass, Cal with harmonica-on-yoke and rhythm guitar and 11-year-old Rose doing vocals. All three sang.

California celebrated their 100th Anniversary as a state in 1939 with a two-month long fair in Sacramento. Among the fair activities was a band contest. The first prize was a year long contract over the west coast McClatchy Broadcast Network and sponsored by Anacin pain reliever. A 1940 radio has been released on Arhoolie CD447.

Fred and Cal went into the armed services during WWII and served their country well. When the war was over, The MB&R was reformed with two younger brothers joining the band. Don with fiddle and Henry on electric mandolin. For personal appearances and dances, Bud Duncan on steel guitar and Jimmy Winkle on guitar. ROCKABILLY WAS NOW BORN!

Some of their best late 40's Rockabilly had Roy Nichols on honky tonk guitar. After leaving The MB&R, Roy joined Merle Haggard in his early recordings and continued his career up to his retirement. Merle treated his band and their families to a Christmas party every year and asked Fred Maddox and Roy to be the entertainment with their rockabilly music.

1953-55 found The MB&R performing across the country from west coast to east coast and back to their west coast home. This meant that they had to draw a capacity crowd every night, including mid-week nights when the ballroom/dance halls they played in were usually closed. They packed the places each and every night.

The rockabilly craze was in full bloom in 1955 and they were doing shows with Elvis. Elvis' bass player, Bill Black, looked up to Fred as their bass playing was the same style. Bill knew of The MB&R many years before when they had toured in his home town area.

In 1956, The MB&R split up with Rose and Cal going off as a duet and Fred, Don, Henry and Henry's wife going their way as THE MADDOX BROS & RETTA.

Fred hired Glen Glenn to play rhythm guitar and handle the rock 'n' roll songs of the day. (Glen Glenn can be heard on Ace Records and Dave Travis' Stomper Time Records - both out of London, England).

Today, Rose continues to have CD release on Arhoolie Records with her 1995 release "$35 and a Dream" (Arhoolie CD428) being nominated for a 1996 Grammy Award. Arhoolie CD391 and CD437 are reissues of their 4Star recording made from 1947 to 1951 and mostly present rockabilly's beginnings.

From: We Wanna Boogie staff writer in 1987. This is my fiftieth year in the music business. I started in 1937 in Modesto, California, with my brothers. Cur family moved from Alabama to California during the Depression, so I was really raised on the coast. I was only eleven years old when I started singing professionally with my brothers, who were all older than I. We were called hillbilly singers - not country - then. No, none of this country music then. People just called us hillbilly. It took people in our field years and years just to get to the point where we were called country singers. After recording for Four Star Records for about six years, starting in 1946 or '47, we went over to Columbia Records, which offered us a good deal. We recorded many things with Columbia in the '50s, and the label offered me the opportunity to record as a single, too. Naturally, I accepted the offer. When the band broke up in '57, I stayed on the label by myself. People tell me that I was one of the first women to sing what I sang - country boogie. I guess I was. There was no rock 'n' roll in those early days, before 1955. Only country boogie. My brothers also played that way. We called it country then. In the mid-' 50s, I threw a little rock into the act. We did all our recording in California, except for my first session as a single, which was done in Nashville. And sometimes we recorded in Texas. But California was our base for recording for The Maddox Brothers and Rose. I was always a different kind of singer. Nowadays, all the girl singers sound alike. I sounded like nobody else, and I guess that's why I was so distinctive. When I go to Europe to perform, the crowds all yell for my song "Wild, Wild Young Men." It's better known today than it was in the '50s. It was never even released as a single then. I got the song from a recording by a colored gal singer, who had an R&B hit on it. I figured I'd try it in the country field. The cut was put out on an album, but that's all, and, to tell you the truth, I even forgot the words over the years. Then the crowds all wanted it in Europe, so I had to relearn the words. I think that's a little strange, but that's the way this business works. I've been at it a long time. I'm still performing, too, but these days I stick mainly to the West Coast. But everybody knows who Rose Maddox is.

"In the Country of Country"
by Nicholas Dawidoff
1997 Pantheon Books, A Division of Random House, Inc., New York