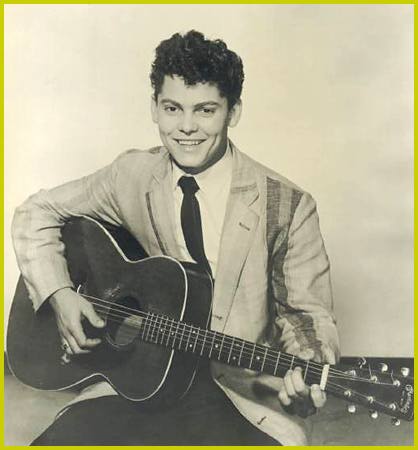 
Growing up in 1950's in the Atlantic Cotton Mill neighborhood of Macon. Georgia. James Randall Jones, picked up a guitar and began sing songs he listened to on the radio. Although he was greatly influenced by the artists of the day, such as: Elvis Presley, Jerry Lee Lewis and Little Richard, it was not long before he developed his own style that created excitement everywhere he performed, especially with teenage girls. Being the only boy in the family, his Momma and sisters began him Sweetie, and soon everyone was calling him Sweetie.

In his teens he formed a group. "Sweetie Jones and the Dixie Kats," and began playing for the young crowd at Ragan's and Lakeside parks in Macon. It was not long before he was discovered by a more mature audience and was playing virtually every club in Middle and Southern Georgia. He was often a guest artist for Uncle Ned and the Hayloft Jamboree on WMAZ-TV and was the opening act for practically every Rock and Roll or Country performance at the Macon Auditorium. During this time he enjoyed working shows with Jimmy Harris. PeeWee Clark. Norman Jones and Al Everidge.

Before long, Sweetie Jones was on his way to Bill Lowrey's recording studio in Atlanta where he recorded "Cheryl Ann" and "I Must Be Slippin'" for NRC Records. "Never" and "Oh Yeah" for the Fox label, and "Baby Please Don't Leave" and "I've Been Wrong: released by Scottie Records. All of these went on to become regional hits reviewed by Billboard magazine.

Sweetie had the opportunity to travel with Jerry Lee Lewis as his opening act. It didn't take long for him to become a crowd favorite and to carry a good portion of the show. It was during this time that Sweetie became interested in writing songs, and playing the piano, having a chance to be tutored by the best. Sweetie wrote and recorded "Once More" and "It's Over" on the Aire label.

He continued doing shows throughout the Sixties with others such as Wayne Cochran, Guy Pickett, Bobby Cash and Billy Brown as well as a stretch at community fairs in a Rock and Roll Revue with James Drew Enterprises. One of the other headliners of the Rock and Roll Revue was Ricky Nelson. Sweetie also traveled with a popular TV show of the day, "Name That Tune," and played clubs throughout Florida as the main act.

Sweetie did several recordings for the Black Pearl label out of New York City. One of those was "My Pillow Stays Wet." Another was "Once More."

Sweetie Jones had a major impact on the local music scene in Macon, Georgia during the fifties and sixties. This impact spread throughout the South and greatly influenced those who came after him in Southern Rock and Country music. 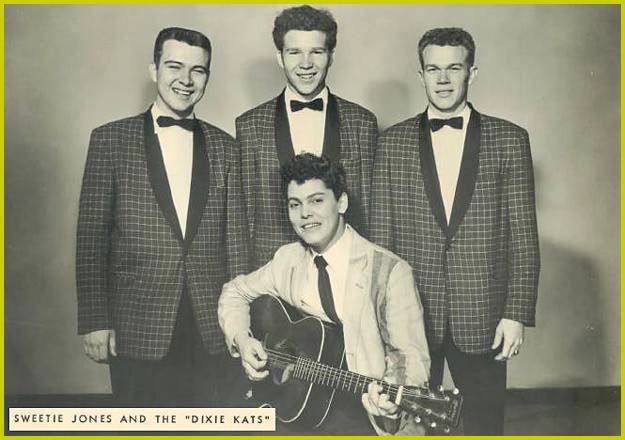 They still stop him at Wal-Mart and ask if he is Sweetie Jones. Is he the wavy-haired rocker from the old Atlantic Cotton Mill neighborhood in Macon who once took a swing and miss at the big time?

Yes, he tells them. Only now, most folks know him as James Randall Jones or "J.R."

Where has he been hiding all these years? They can remember hearing him on the radio, sounding just like Elvis. For an instant, his name blinked with Billboard's bullets. He once was the opening act for Jerry Lee Lewis and Ricky Nelson. He had the world by the tail, and then he let go.

"I just lost the feeling," he said. He took a sabbatical from music for 15 years. He did construction work and helped build the Alaska Pipeline. He became a grandfather. He began waging his ongoing battle against cancer.

Recently, he realized he missed the music as much as the music has missed him. Sweetie Jones just celebrated his 61st birthday. His family and friends threw him a surprise party at the Ramada Inn on Eisenhower Parkway. Almost 300 people were there. Sweetie saddled up the keyboard. Suddenly, ears began having flashbacks.

Regrets? They are scattered across the decades. There is no gold record hanging on his wall. He now admits he didn't have the patience and perseverance of his early peers, such folks as Ray Stevens and Jerry Reed.

But the refrain remains the same. "I did it my way. ..."' His mama, Lillie Mae Jones, called him Sweetie because he was the only boy in the family. "I was always mean, so 'Sweetie' never really fit," said Jones. "But it stuck, and I never could get rid of it."

He learned to play the guitar and formed a band called Sweetie Jones and the Dixie Kats. In the ninth grade, he traveled to Memphis, Tenn., for the finals of a TV talent show. It wasn't long before his stage grew larger than sock hops and local gigs at Lakeside and Ragan's Park. He was booked to perform at auditoriums across the South.

At age 17, he even had two sold-out shows in Stephenville, Newfoundland. "I came back with so much money it wouldn't fit in my pockets," he said. "I had to put it in a cigar box."

His most famous song, "Cheryl Ann," peaked at No. 97 on the charts. He collected his first royalty check for $27,000 and bought a blue 1960 Cadillac Coupe DeVille. He once toured with the TV show "Name That Tune."

After 25 years in the music business, though, fame's flame flickered.

He has started making music again. The Georgia Music Hall of Fame recently honored his contributions with a display of photographs, posters and old 45-rpm records. This fall, he will be inducted into the Atlanta Country Music Hall of Fame.

He is humbled that folks still recognize him in the grocery store.

"I never had a million-seller," he said. "I'm amazed people still want my autograph."