Sonny was born in Harrisburg, Arkansas, on September 1, 1933. Sonny joined the US Air Force on December 11, 1950 at the age of seventeen, for a four year hitch.

He began singing and playing the guitar with a band while serving a three year tour overseas in France. Sonny came back to the states in 1954. After his discharge, he returned home and started singing with Memphis based bands.

Sonny moved to California in 1958 to try his luck, but after three months he became homesick and returned to start his own band. "The Bop Kings." 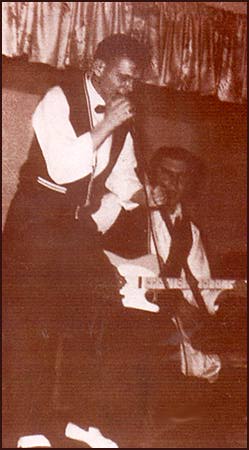 Sonny got into producing in the early 70's with the help of his friend, Bill Justis. He worked out of Monument Studios in Nashville.

You can find Sonny now at Harrisburg, Arkansas, at the VFW Post, where he is Commander, with his 1960 ES 335 Gibson ready to some "rockabilly."