This page is available for sponsorship 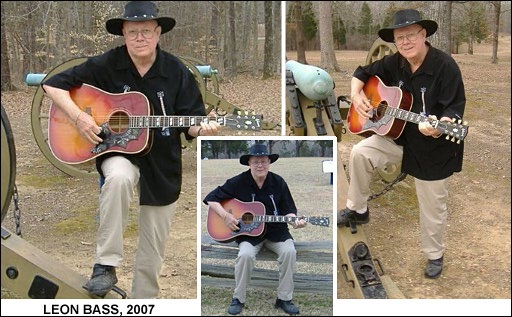 Back in 1955-6 I formed a band called "The Spoon Players." It was made up of Everet Cornellos, Imagene Cummings, Edmond Sanders and myself. Everet played spoons. That is where the band got its name. We played on WCMA Radio at 5:50am in Corinth, MS Saturday mornings. We stayed together for a long time.

Later I formed anothe band made up myself, Larry Skelton, Larry Brinkley, J.W. Mayfield, Hoyt Genegan, Jerry Eldridge and Charles Barnes. We played on a new station owned by my friend Charles Bolton. I recorded "Love A Rama" and "Come On Baby" on the Tune label of Florence, Ala - owned by Mr. James Zoiner, the writer of "Falling Star." "Love A Rama" was mailed all over the world. Later it was No. 250 out of the top 1000 recordings in Rolling Stone Magazine.

I also played on the Cotton Town Jubilee at the colseum there in Corinth, MS. In the evenings we played with Cecil and Bufford Case in their watch repair shop and at Gracie's Cafe. Playing with us was also a school buddy Cliff Wiggington. When I cut "Love A Rama" and "Come On Baby" I used the studio band, but the Harmony Four Quartet did the vocal backup. It was made up of Truman Doson, Dexter Benjamin, Norman Benjanin and Bill Gent. They were one of the finest quartets I've ever heard.


I moved to Memphis, Tennessee. There I cut "Country Hix" and "Little Legia" on the Whirl A Wax label at Fernwood Studios owned by Mr. Slim Wallace and his wife Dorphie. "Country Hix" made the Rolling Stones collectors charts. Also, while in Memphis, I cut "Drinking at the Bars Again." I met top recording artists: Ace Cannon, Bill Black, Reggie Young, Dickie Lee, Scotty Moore, Eddie Bond, Roland Eaton and the great Charlie Feathers. I become close friends with Charlie and Roland, who are still big today overseas.

"Love A Rama" was recorded by two other bands: The Country Rockers and Southern Culture on the Skids band recorded it without me knowing it. Paramount Pictures contacted me because they wanted to use "Love A Rama" in the "Varsity Blue" movie. That is when I was told that "Love A Rama" was on a CD called Plastic Seat Cover Sweet."

A friend, Jim Cole, from Memphis told me about the Country Rocker recording, in Germany or France. I have also been told that "Country Hix" is on an album overseas.

Since then, I have written several other songs: "Blue Dreams," "Even Tho You're Not for Me," "All Dream Loving." "The Man in the Moon," "Just Anything, As Long As You Come Home."

I am currently working on an instrumental with a very close friend Bruce Reaves. It will be very different, with a waltz melody and a Bill Black beat. I hope to try my hand before long at writing movies and books.