"NO WELCOME HOME":
A TRIBUTE TO VIET NAM VETERANS!

(Nashville) - "NO WELCOME HOME", recorded by WWII combat veteran Larry Lee Phillipson, is a TRIBUTE to VIET NAM VETERANS who never received the honor or respect due them upon their return from the war. The US flag that so many had fought and died for did not ceremoniously wave over the Union it represents.
Upon discovering that the State of Wisconsin was organizing an event to belatedly acclaim the veterans for the sacrifices they made in Viet Nam, Phillipson, along with Nashville song writer Cheryl Durham Owens, collaborated on the lyrics and music of "NO WELCOME HOME". The album title song made its debut during the celebration at Lambeau Field, Green Bay, Wisconsin, Thursday, May 20th thru Monday, May 24, 2010. The special event is titled: "L Z Lambeau".
Phillipson, an 86 year old WWII patriot served in the US Marines, 4th Division, 2nd Battalion 14th Marines - E Battery. His combat tour in the South Pacific included Roi Namur, Saipan, Tinian, and Iwo Jima. He is one of the living who stood at the base of Mount Suribachi, under heavy shelling, and watched "Old Glory" as she was proudly raised. This was one of the most memorable moments of the Pacific Theater in WWII.
Entertaining since he was eleven years old (75 years), Larry has had a varied life style ranging from vocal music, custom fiddle building, antique collecting, vintage autos, and repairing cylinder phonographs. He is also a poet and the author of a book "From Rocks to Rockabilly". Larry was inducted into the Rockabilly Hall of Fame in 1999.
Born in Milwaukee, Wisconsin in 1923, Larry moved to Coral City, Wisconsin when he was three. He is now a resident of Amery, Wisconsin, and has dedicated this project to his late wife Linnea Rae Phillipson.
Patriotism as summarized by Larry: "We live in the greatest country on earth. Respect the flag and the nation it represents"! 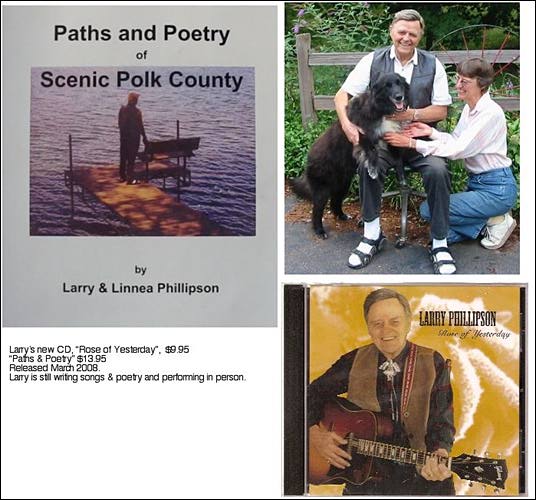 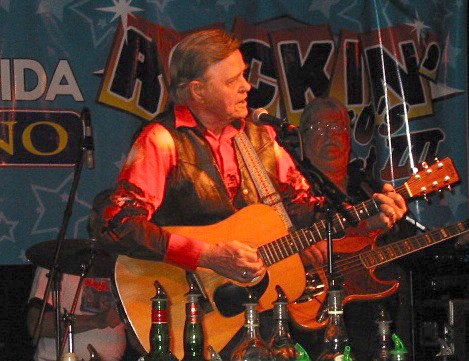 "Rockabilly Fest 5-16-07, Green Bay WI, Oneida Casino.
Larry had a great time at the Fest meeting his fans from Europe and all over. 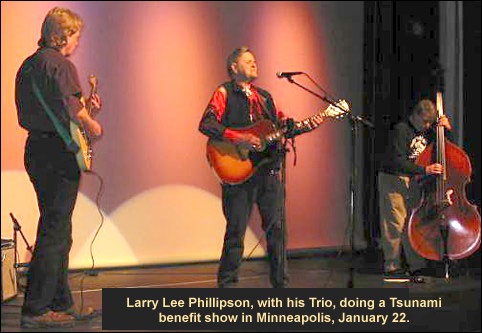