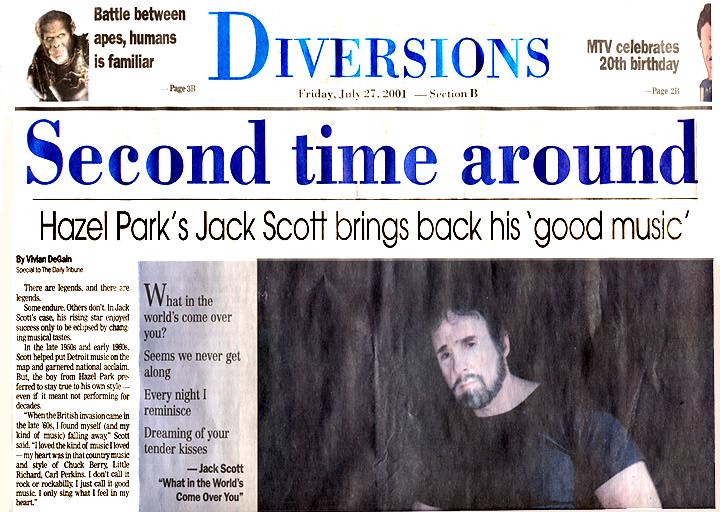 Jack Scott and Stevie Wonder Headline ... Jack Scott, who performed at the "Sounds of Detroit," agrees that the city has changed. Scott was Detroit's first rock 'n' roll star. Born in Windsor, his family moved to Hazel Park when he and his brother were young children. He scored his first regional hit in 1957 with "Baby She's Gone" and followed with national hits like "The Way I Walk" and "What in the World".

Scott played his first show in 1957 at the United Artists Theatre in Grand Circus Park and used to take dates to the Madison movie theater.

"I used to circle around Grand Circus Park on my motorcycle (in the late '50s), park on Belle Isle and just look at the stars. It was really something." says Scott, 65, from his home in Sterling Heights. "They say that the more things change, the more thay stay the same -- but Detroit really did change."

Scott says he feels as though his adopted home in making a comeback.

"I think that the city is trying," he says, "I think that it's heading in the right direction -- I feel good about it."

And Jack Scott says he's honored to participate. "When I was on tour, coming back home to Detroit was beautiful -- even when it was raining. There will always be that pull on your heartsrings I'm very proud of Detroit -- I wouldn't change it for anything."