Dickie "Be-Bop" Harrell, that 15-year-old drummer who played and screamed on "Be Bop A Lula"

DICKIE IS ON LINE -E-mail: BeBopandDonna@aol.com 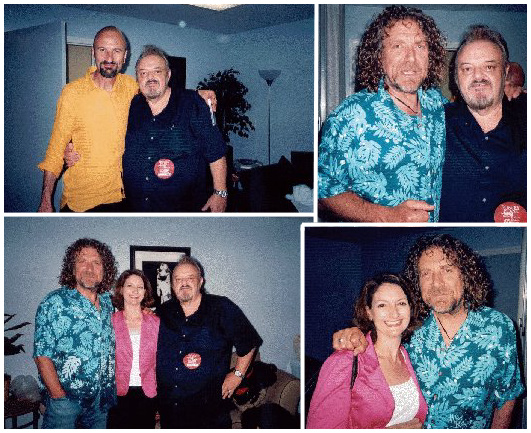 Here are some of the pictures taken at the Robert plant Concert JULY 4th, great show. Donna and Robert ... drummer with The Playboys who was on the Tribute CD by Jeff Beck, awesome. Robert and myself. Robert is wearing the Blue shirt we gave him for his birthday, looking cool as ever. -Dickie

Bubba ask me to go for a ride in His BLUE-CAP Mobile.

Here is a picture of VINCENT looking for food like always. Dickie is teaching him to play the guitar, put Elvis the bass and hinself on drums. Look out Stray Cats!!

Rockabilly legend and mythic Rock figure, Gene Vincent, lead the early Rock 'N' Roll charge along with friend Eddie Cochran (Gene survived the same 1960 car accident that killed Eddie). Known mostly for his 1956 smash crossover hit "Be-Bop-A-Lula" (#7 Pop, #8 R&B, #6 CW) and a singing style similar to Elvis Presley, Gene had several brilliant lesser hits now included as bonus tracks on his reissued first album. His dynamic act was also captured in one of the earliest Rock scenes in a Hollywood movie, THE GIRL CAN'T HELP IT. The sophomore 1957 album, GENE VINCENT & HIS BLUE CAPS, features some of his best Rockabilly work with band The Blue Caps. One of Rock's original bad boys, he died at the age of 36 in 1971 from a ruptured stomach ulcer and was inducted to the Rock & Roll Hall Of Fame in 1998. December 2001, California, with me friends. 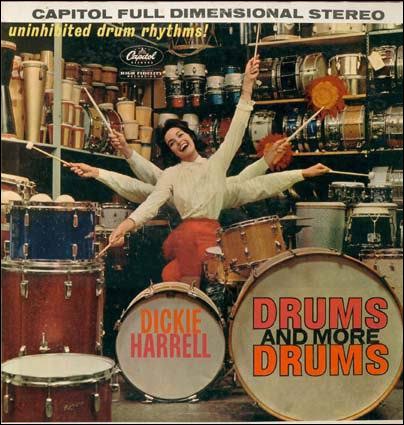