As I wrote in one of my previous Columns, in the American psyche the cowboy is much more than just a "boy" who plays with "cows"!!

There is no doubt in my mind that had there not been the Wild West and cowboys, Rock'n'Roll music would have never come about, at least not the way we know it today. Not only did the cowboy directly contribute with his music, but indirectly as well he contributed by helping break down racial barriers and Jim Crow laws, which was indispensable for the growth and success of Rock'n'Roll Music. 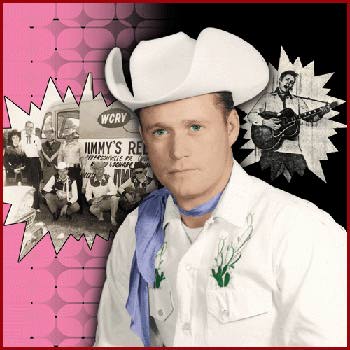 
We can start by going back over one hundred years ago to the Cowboy State of Wyoming where African Americans were elected as Sheriffs and mayors and councilmen in several cowtowns.

We can point out that 30% or more of cowhands during the great cattle drives where either Black or of Mexican ancestry.

One of the most popular rodeo events today is steer wrestling. This sport was invented around 1900 by a Black cowboy of the famous Texas 101 Ranch named Bill Pickett. 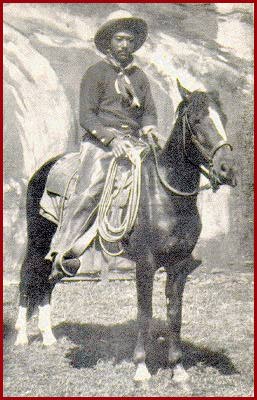 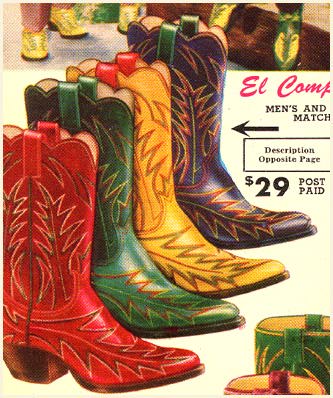 Like the Cowboy, and Rockabilly, the Cadillac is another American icon. Cadillac cars kept on sporting fins till 1998. Unfortunately GM Europeanized and emasculated the greatest Rock'n'Roll car in the world, starting with the 1999 models.

Dozens and dozens of Rock'n'Roll songs from the 1950s sang the praises of the Cadillac. What a shame that GM had to ruin the last REAL American car!! 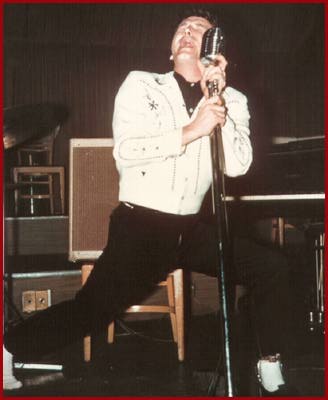 We get more of an idea of the cowboys' beliefs in GENE AUTREY's Ten Commandments Of The Cowboy, which he published at his own great risk in the 1930s, at a time when millions of people supported the Ku Klux Klan:


Commandment Number 5:
He (the cowboy) Must Not Possess Racially Or Religiously Intolerant Ideas

And also Commandment Number 10:
He Must Be A Patriot

Gene Autry is a conservative Republican who was 30 years ahead of the civil rights movement.

ROY ROGERS, the other King Of The Cowboys, adopted children of all races and nationalities. He too was a conservative Republican.

Many thousands of people were lining up in Georgia around 1948 to get the autograph of movie cowboy star HOP ALONG CASSIDY. There were two lines: one for Whites and one for Blacks. Hoppy told the city authorities that this was unacceptable. There was unbearable tension and deep acrimony, but they finally relented, and 100 years of segregation and Jim Crow laws fell by the wayside. HOP ALONG CASSIDY, a true hero in real life, as in the movies, risked his career in order to obtain justice!

Even before Rock'n'Roll mixed Rhythm & Blues with Country & Western, Bob Wills and His Texas Playboys' cowboy band did a similar thing by mixing Jazz and Swing with Hillbilly Music and Boogie Woogie.

The Cowboy, The Westerner, was a major force in the breakdown of racial barriers.

The Cowboy was also a strong supporter of rugged individualism and freedom, and a bulwark against the creeping Socialism of the East Coast.

In the West people understood that with gun control, you allowed only the criminal to be armed, and not the honest citizen. As an example, one year after they banned handguns in Great Britain and Australia, violent crime rates shot up 40%-60%.

Two countries which have the greatest per capita gun ownership in the world are Switzerland and Israel: they also have the lowest crime rates! But the cowboys knew all this already 100 years ago! 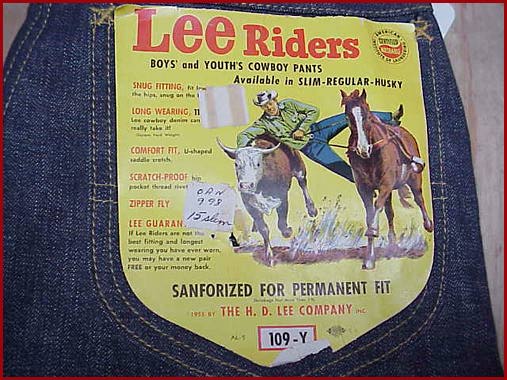 
Another contribution from the cowboys and the Wild West to American culture and to Rock'n'Roll Music are blue-jeans. They were invented in 1850 by a Jewish immigrant, Levi Strauss. In 1873 Mr. Jacob, a Jewish shopkeeper from Nevada, came up with idea of applying copper rivets at all points of strain.

Blue jeans with the cuffs rolled up became very popular with cowboys in the 1930s and 1940s. You can see this in dozens of movies on television.

Over years the cowboy uniform has taken over the world, and yet, starting with the 1960s, an effort is being made to minimize and play down the cowboy roots of blue-jeans. Other efforts are being made to attack gun ownership, while in our Universities people are being judged as "groups", and not as "individuals". Western Wear is being diluted and emasculated, while the Western sound is being cleansed out of Country Music. 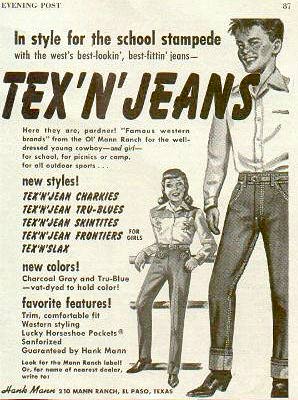 
The Bureau Of Land Management harasses ranchers with endless oppressive rules and regulations, and Western movies have all but disappeared from our movie screens, although we can still watch the classics on cable TV.

The Cowboy Way is under assault from all sides: musically, sartorially, culturally, politically and philosophically.

The day the Cowboy Way disappears, America as we know it, will cease to exist. Let's hope this never happens! 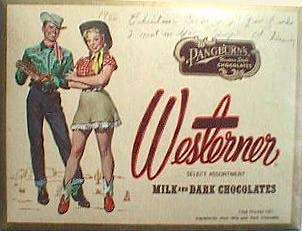