Half A Century Later
Still Unsurpassed 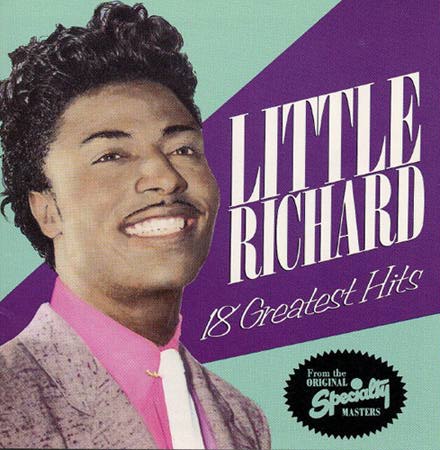 Forty-six years ago a sound from a different universe exploded on planet earth, a sound never heard before, never heard since, it was the Savage Hard Rock of LITTLE RICHARD on Specialty Records.

I will never forget the day!

It was 1958 in Focette (a resort beach community near Viareggio, Italy) and I was strolling peacefully on the boardwalk approaching the American Bar, when all of a sudden all hell breaks loose: I hear the most Savage Rock I could have never dreamed of existed!!!

I immediately rush towards the juke box, my knees shaking, and my heart pounding violently, when I read the label: "Long Tall Sally" by Little Richard on London Records. (London released the Specialty sides in Europe). 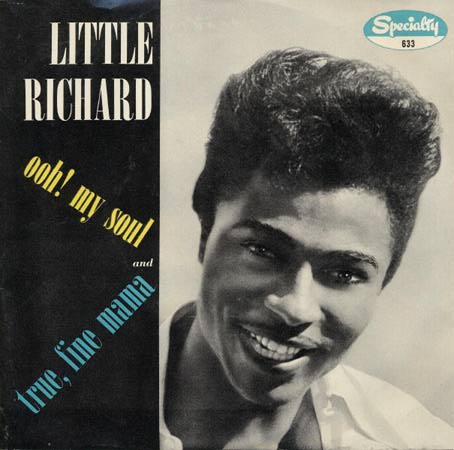 I am breathless, in a state of shock, and immediately I shove all my change into the juke box: "Long Tall Sally", "Tutti Frutti", "Miss Ann", "Jenny Jenny"!!!! Gasp!!!!

Many teenagers approach the jukebox captivated by this American Rock'n'Roll, while a few adults complain to the bartender about the barbarism of these diabolical sounds!

At that point I did not think it was humanly possible to deliver a more driving Big Beat.

Well, I had not heard yet "LUCILLE" !!!
The most addictive relentless bass line, carrying a hiccupy, yet screaming vocal, make this song unique in the history of the world. If you have not played "Lucille" lately, do yourself a favor, and blast it out full volume on your Hi-fi! 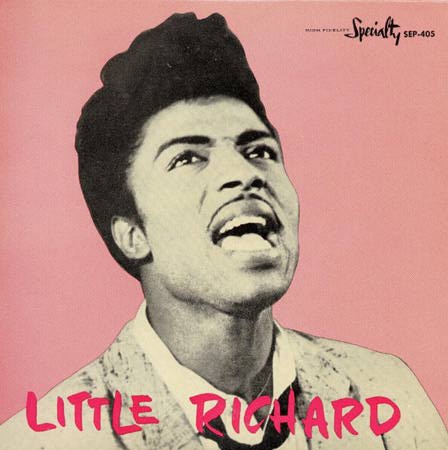 It would take a full twelve years before I was able to see Little Richard perform live at the Roxy and at the Whisky A Go Go in Hollywood. He still had all the energy evident on his Specialty records, although the backup band could not match the New Orleans wizards who played on the Specialty sessions.

Often GENE VINCENT would come to see his friend. Richard reciprocated with a ripping version of "Be Bop A Lula" which he still performs to this day, keeping Gene Vincent's memory alive. 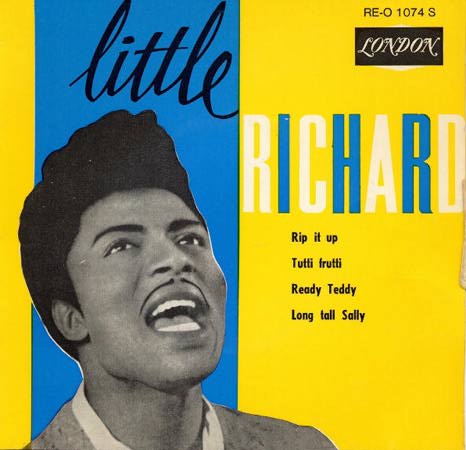 Over the years I talked to Mr. Penniman half a dozen times, and I was always impressed by his down to earth manners, by his love for Rock'n'Roll, and by his appreciation for his fans.

Unlike so many of today's rap artists who spew anti-white venom, Little Richard has always advocated brotherhood and never expressed hostility towards any group.

There is only one True Blue Red Hot Hard Rock in this world, and it sure does not come from Led Zeppelin or the miriad of 1960s-70s-80s groups: it comes from the one and only LITTLE RICHARD! 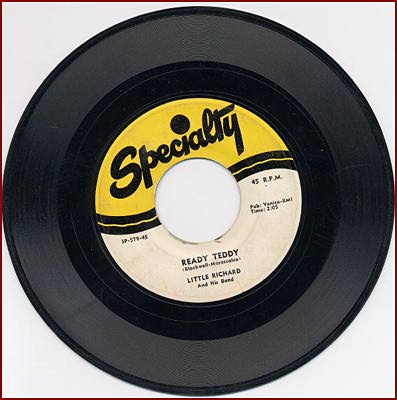 Almost half a century has passed since "Ready Teddy" and "Rip It Up" made musical history, millions of songs have come and gone, but nothing today comes close Richard Penniman's Specialty gems!

"Gonna kick off my shoes, roll up my faded jeans, got my rock'n'roll baby put on the steam... I'm ready, ready ready ready to Rock'n'Roll!"