Bob, the oldest of six children, was born in Appleton, Wisconsin March, 8, 1941 - so he was there when all the action started in the mid 1950s. Spending his high school days at Menasha (Wis.) High School and high school nights with an ear pressed to a small radio trying to listen to WLAC and WSM out of Nashville so he could order those 78-rpm great record package deals from Randy's Record Shop in Galatin, TN.

But his classmates didn't get it. Why was he always excited about Warren Smith, Billy Lee Riley, Johnny Horton and all those cats? Who was he talking about? Could they actually be cooler than Pat Boone?

While in high school Bob joined a group (as a upright bassist) called "The Jitterbugs" with two classmates, Dave Pozolinski (drums) and an excellent guitarist Ricky Leigh Smolinski. This 6 piece group (that included sax and accordion) played cover songs of only two artists: Elvis and Bill Haley. The boys did many school parties, worked as a tag-along band to local disc jockeys' record hops and preformed on-stage during intermissions at the local theatre in Neenah, Wisconsin.

When Bob first heard the Jodimars, he flipped, again telling all his friends at high school about this great ex-Haley band, but no one seemed interested. But, Bob started a Jodimar Fan Club (which Marshall Lytle has long forgotten about) and managed to get about 10 members.

When Gene Vincent broke on the scene Timmers was there buying everything Gene put out and focused his attention on playing lead guitar and started a spinoff group from the Jitterbugs.

In his junior year, Bob was invited to join the top Wisconsin rock going those days - "Jerry Williams & The Rockets" (Bob above, far left). None of the rock bands in Wisconsin at that time had a bass player. So Bob went back to bass, electric this time, and started gigging with the Rockets.

The lead guitarist for the band was Jerry Starr. When Roy Clark left Wanda Jackson, she tapped Jerry to take Roy's place on the road. This caused Bob to move up to lead guitar in the band, where he remained as a member of The Rockets for several years. Bob's favorite guitarist was (and still is) Johnny Meeks of Gene Vincent's Blue Caps. (See Meek's note below)

That was early in the '60s. Throughout the decade Bob started and worked with (and backed up) many rock bands in Wisconsin, northern Illinois and Upper Michigan. One of the highlights was in 1965 when Bob brought an English singer to Wisconsin and spent the better part of a year doing British Invasion music with a real Brit: Lord Beverey Moss

In 1964, his father, Robert H. Timmers, started one of Wisconsin's first weekly free shopper's guide tabloids, "The Bargain Bulletin," which still exists today. During the 1970s and 1980s Bob spent most of his time with his family and the family's publishing business, but still kept one ear tuned to his roots ... rockabilly, early rock and traditional country music.

June 5, 2000, Bob moved from Wisconsin to the Nashville, Tennessee and set up the Rockabilly Hall of Fame office there. Although living in Tennessee, Bob is a member of his favorite church back in Appleton, Wisconsin, St. Joseph's Bob has four children: Scott, Becky, Steve and Ric - and five grandchildren: Arianne, Ben, Cody, Ryan and Marsia. Today he devotes much of his time to the web site, trying to keep the Rockabilly Hall of Fame¨ going and promoting the music. He

During his years of being a part-time musician, Bob has had a chance to appear on several recordings. Listed below is a rough discography of Bob's credits to date.

1994 - home studio, recorded at 1401 W. Edmund, Appleton, WI
Entire CD with Kenny King on vocal - Bob arranged all 24 songs, play all instruments
(this cd was unreleased, only 4 copies made) 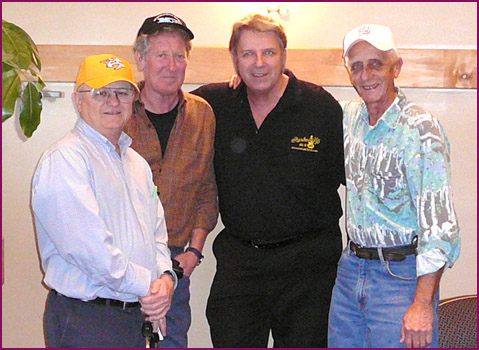 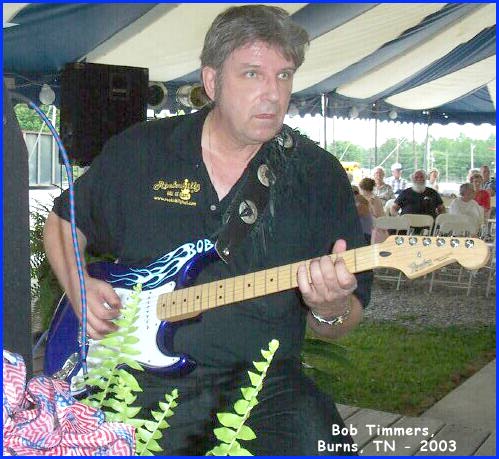 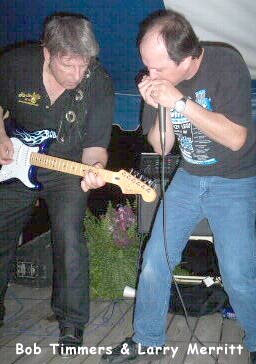 
Prayer is one of the best gifts we receive. There is no cost but a lot of rewards. Let's continue to pray for one another. God bless and have a nice day!
"Father, I ask you to bless my friends, relatives and e-mail buddies reading this right now. Show them a new revelation of your love and power. I ask you to minister to their spirit at this very moment. Where there is pain, give them your peace and mercy. Where there is self-doubt, release a renewed confidence through your grace."