"WILD" BILL KENNEDY on stage with the Twilters at Rollerland in Plattsburgh, NY. Kennedy on guitar and vocals. John Sullivan on guitar. Tommy Latour on bass and Skip Bushey on drums. The gear seen on the left is for the "Riverias" of "Warm California Sun" fame.

PHOTO TAKEN during the actual recording of "Rollerland and Shaken-all-over" at Rollerland. The single was recorded live with a real crowd - an unusual thing to do at that time.

Growing up in Southern West Virginia in the 40's and early 50's provided a rich musical background for young Bill Kennedy. Whether it was the local gospel groups or country bands, big band music, the popular singers of the day or the R&B sounds coming from WLAC in Nashville, Kenneday absorbed it all.

However, it was the foot tapping sounds of the Chicago R&B artists such as Little Walter, Jimmy Reed and Lightning Hopkins that influenced him the most. Moving to Columbus, Ohio in the 50's, Kennedy played with several local bands and met every Rockabilly performer that came through on tour. "My favorites were Buddy Holly and Carl Perkins. They were really nice guys to talk to, down to earth and having fun," says kennedy.

It was in the Air Force in Germany that Kennedy found his feet as a performer. He formed a band called the Klicks that toured the Armed Forces clubs, played many local functions and opened for several big name acts that toured with the USO shows such as Johnny Cash and The DeCastro Sisters. "We were in great demand, says Kennedy. In fact, we were the only American all rock & roll band playing at that time. The others were country bands with a little rock thrown in."

Rotating back to the states in the early 60's, Kennedy formed the first of two bands in Plattsburgh, New York while stationed there. it was there that his band, "The Twiliters" recorded three singles. The first was "Rollerand" backed with "Shaken All Over", Empire Records E-4 in late 1962. Rollerland was written by Vermont native Steven Blodgett and was about a large roller rink in Plattsburgh, NY that regularly held dances and featured big name acts of of the day. "Shaken All Over" was originally recorded by Johnny Kidd & The Pirates in England. Kennedy had heard the song while in Germany, brought the single to the states and got approval to record it. It was the first north American recording of that song which later made the Canadian group the "Guess Who" famous. It has also since been recorded by the Who and others.

The unique thing about this record was that it was recorded totally "live" during a dance at Rollerland, both sides in one take, mistakes and all. The second record, "The Girl From Liverpool" backed with "Move It" was released on Empire Records E-6 in 1963. Kennedy wrote "Liverpool" while "Move It" was another English hit that Kennedy wanted to record. It was British rocker Cliff Richard's first hit record.

The third record was released on Venture Records "V-1000A which was Kennedy's own label. Side A was "Mary Lou" which was a minor hit for Canadian rocker Ronnie Hawkins. The flip side "Billy "Billy" was from another Canadian band called the Beau-Marks.

All three records were released in New York, New Jersey and the New England States. Kennedy toured until 1972 with his last band called A.C. Apple. Today he lives in the Albany New York area and plays whenever asked. 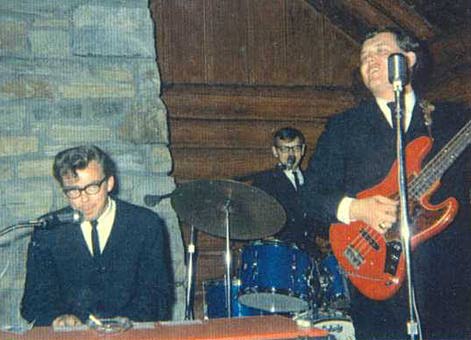 Final version of the Twiliters in 1965 featuring Billy Pajonas on guitar and keyboards. 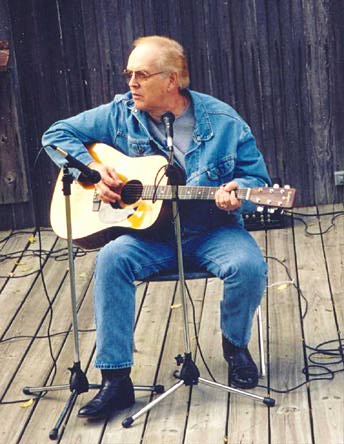 Bill Kennedy performing at the Southern Indiana Center of the Arts, Seymour, Indiana in September 2000 during "Mellenfest." A biannual event that draws John Mellencamp fans worldwide.

UPDATE
On Sunday October 10th, 2004 in a small club in Morrisonville, NY
"near Plattsburgh," more than 300 patrons young and old witnessed
the 40th reunion of The Twiliters. 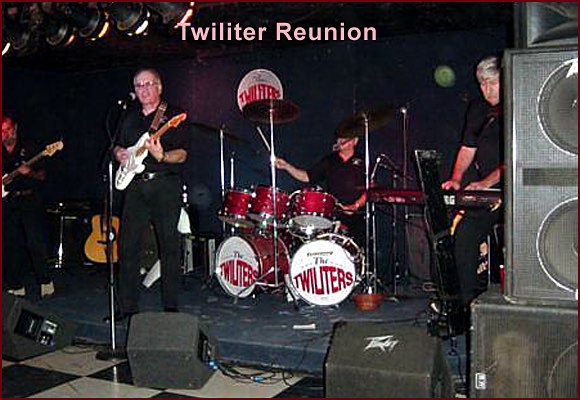 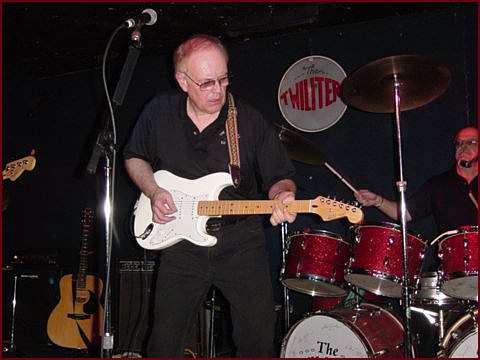