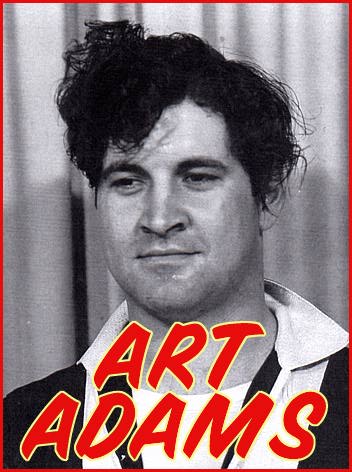 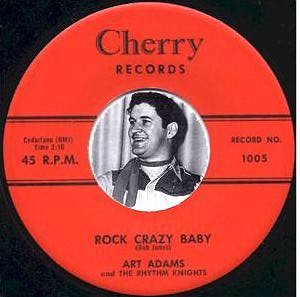 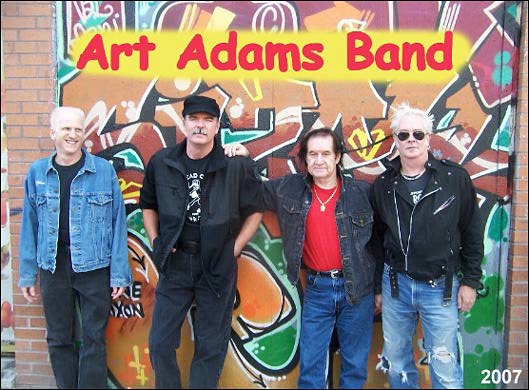 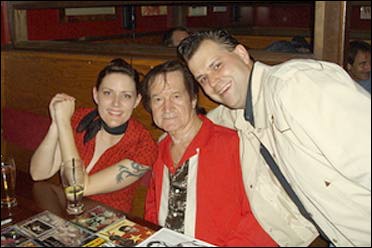 Art Adams 'Dancing Doll' (Flying Saucer) Cd.
Recorded in spring of 2006 with a dynamite line-up of musicians.
This cd features a new version of Art's hit 'Dancing Doll', plus 16 other rockin'songs.
Art Adams is definitely back and rockin' his way around!
Catch him on tour in the U.S.A., Canada and Europe.

Art's New CD. Released in April, 2005
Just released on Collector Records. 26 GREAT TRACKS! Including; Tear It Up(Burlison/D.& J. Burnette),
The Wreck Of Old 97 (J.Cash), Red Headed Woman (S. Burgess) and 7 great songs by Art, including She's From Tennessee!
And you can get an autographed copy from Art for only $15 U.S.
Just send your cheque or money-order to:
Art Adams
2774 Jefferson Dr.
Plainfield, Indiana U.S.A. 46168 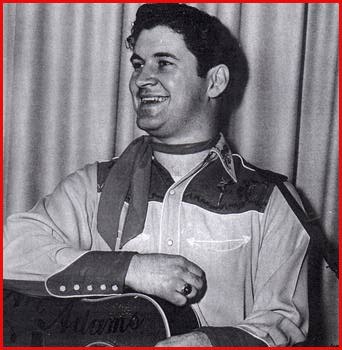 I was born in Carrolton, Kentucky in the 1930's. There were seven kids in the family and we were poor dirt farmers. I grew up listening to country music and the Grand Ole Opry. I never took lessons. I've been singing all my life but never took singing lessons. I dreamed about being an entertainer from the time I was a little kid. I never played an instrument until I get older.

My sister married a young guy who played guitar. I practiced a lot on a borrow guitar and learned how to play pretty well. I then bought myself a Martin. I've had the same guitar since 1952 and I just had it re-done as Martin has a lifetime guarantee. It sounds as good as it ever did.

The first rockabilly song that got to me was a song by Ernest Tubb. I always thought Ernest was a rockabilly type singer and "Walkin' the Floor Over You" was a neat country song. I didn't go much for ballads, but rather enjoyed the up tempo music. I also enjoyed Johnny Cash, Johnny Horton, Elvis and Carl Perkins. I really liked Carl Perkins and thought he was one of the better rockabillies.

My first band was called The Kentucky Drifters, In it was myself, Dave Logston (my brother-in-law) who played lead guitar, Danny Cole on bass and Ray Paley on steel guitar. We didn't have drums. 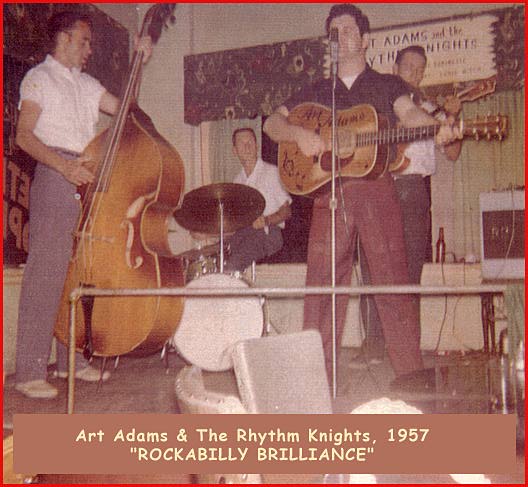 After the Drifters, I decided to do something different, so I formed the Rhythm Knights. I added twin guitars and drums plus I still had the bass and I played the rhythm guitar. The original band members were Dave Logston and Roy Robinette on lead guitars. Danny Cole on bass and Harold Knight on drums. That didn't last long because Dave wanted to do more country, so I added a guitar player by the name of Eddie Weil and a drummer by the name of Bennie Abbott. Harold took over duties on bass.

With the first band, The Kentucky Drifters, we played fairs, etc., but weren't old enough to play the bars. But with the Rhythm Knights we played the bars and opened shows for other artists. One place we played was called The Old Barn which had a country show every Sunday night and we did some shows with people like the McCormick Brothers. Haskell McCormick was an excellent banjo player and would sometimes sit in with Lester Flatt and Earl Scruggs. They were really great. 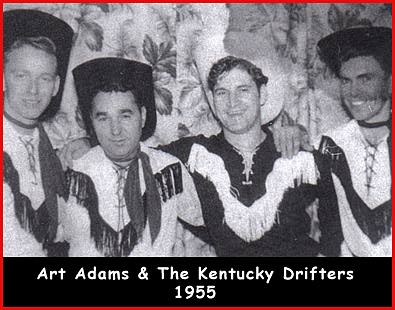 There was a store here called Arthurs Music Store and that's where we all bought our instruments and Arthur would book us in various places.

The Rhythm Knights had one of the best sounds in the city. There were other rockabilly bands here, but we had a unique sound and we had other bands coming and saying that our twin guitars were just great. We were all young and had great showmanship. We all had black hair and had no problems drawing crowds of girls.

CHERRY RECORDS - A musician friend of mine introduced me to Joe Dyson and we made a demo for him. He liked it and wanted us to record. The first record we did for him was "Indian Joe" b/w "Rock Crazy Baby." We also made other recordings and I don't know what Joe did with them. One of them happened to be an instrumental called, "The Orange Blossom Special." We recorded it because people used to go absolutely bananas over it in the clubs. We had lots of requests for it, but Joe said instrumentals weren't going at the time. A year later a brass band came out with it and made lots of money on it.

One of the most memorable shows I can recall is when we did a TV show here. We were working in a local club and did TV shows on Saturday night. This was the first time I ever pantomimed - we all pantomimed. The first thing we did was "Rock Crazy Baby" and of course the instruments weren't turned on. They played the record. The most exciting thing about that was that when we left the studio to play at the club, people had seen us on TV and were standing in line to get in. It made the owner happy and made us feel like we were going to be stars. 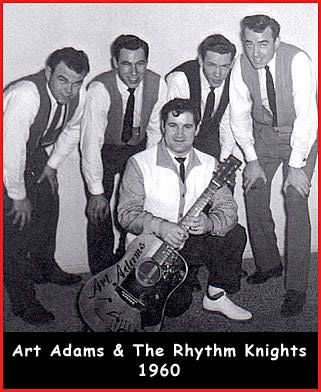 We also went down to Sun Records in Memphis. Jack Clements turned us down because they already had too many artists to deal with then. We didn't follow up making any more records because Joe didn't have the means to do so.

BETTY STONE - Actually Betty used to come to where we played in a bar and we would kid her and call her "our dancing doll" because she loved to dance. By the way, it turns out that Betty tried to help us a front person trying to promote our record and was also the president of my fan club back then. Betty wrote part of "Dancing Doll" and I helped her finish it and put the music to it. I have no idea where Betty is at this time and I don't even have a picture of her.

After the Rhythm Knights, I wanted to progress so I formed a group with different musicians and added a horn. I basically quit rhythm guitar and concentrated on singing. This group was called The Epics. We were the most popular band in the city. We played at a club called "The Hungry I" for three years. In that group, the sax player was Paul Hutchinson. The lead guitar player was Jack Scott. He was an excellent player. On drums was Harvey Grow and the bass player was Gary Thaxton. We also had another guitar player who worked with us from time to time by the name of Bill Stewart. When he left for California Jack took over. We played for several years. 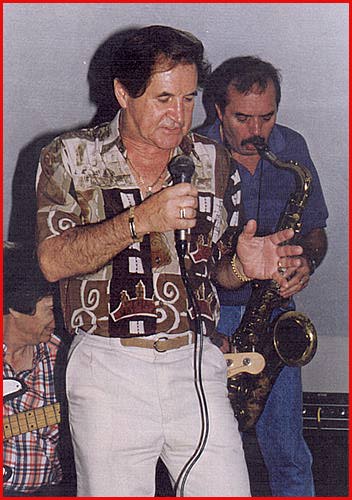 ART ADAMS - "Rock Crazy Baby" CD
Art Adams gives us 30-original rockabilly tracks and a 16-page booklet, wow!! The disc is full of the "real stuff" - material recorded in '50s. The raw intensity of early rockabilly is certainly captured here. How to get your copy ...
E-MAIL: sales@collectorrecords.nl
or visit www.collectorrecords.nl