Born on August 23, 1918, Albert Benton Runions (a.k.a. Al Runyon) learned young the pleasures and struggles of life in Appalachia. By the age of ten, he was already enjoying one of the few pleasures of the region by entertaining those at gatherings with his natural talent for song and comedy. 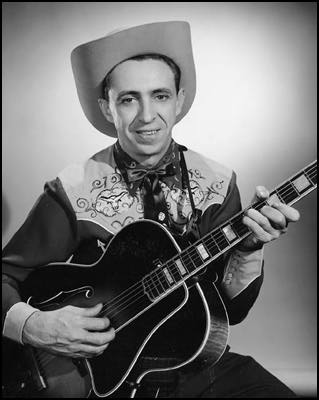 Al was born in the Little Sycamore Valley area of Claiborne county, Tennessee. As a youngster, the Valley had but a handful of homes dotting the countryside but, it was a close knit community where one family or another would often hold impromptu parties. The area also boasted quite an assortment of talented musicians, who were called in to entertain those at such gatherings.

Al's first guitar was purchased through Sears & Roebuck, for the then considerable price of $2.50. The youngster used the instrument to teach himself his first several chords.

During the depression, Al left the safety of his home to pursue a career in the world of circuses and carnivals. He was but 14 years of age, when he began to learn the trade at such big named entertainment traveling shows as the Dan Rice Circus, the Tom Mix Circus, the J. Jones Carnival and the Royal American Carnival.

Al was such a hard worker and so well liked during those years along the circus and carnival circuits, many shows would use portions of their billboards to attempt to entice him back to their show for the next season.

"Looking to see Al Runyon back at _?_ Show" or "Al Runyon, please come back to _?_ Carnival" were becoming common sights on billboards across the country.

When World War II called young men together to defend their country, Al signed up. Lifelong breathing problems resurfaced, however, necessitating the immediate issuance of a medical discharge. What was, in his youth, called "tisic" was in reality bronchial asthma.

The discharge did not prevent Al from later serving his country by entertaining the troops overseas in several USO Shows.

After the War, Al landed spots on the Cas Walker Radio show and the Tobacco Hour, both shows originating from the Knoxville, Tennessee area.
He moved to Cincinnati, Ohio and immediately found work as an entertainer on radio and television programs and live shows. He also spent a significant portion of his time working for Carl Burkhardt, "covering" top hits of the day. The covers were included in numerous Top 16 Hits albums, which were distributed across the United States and other countries. 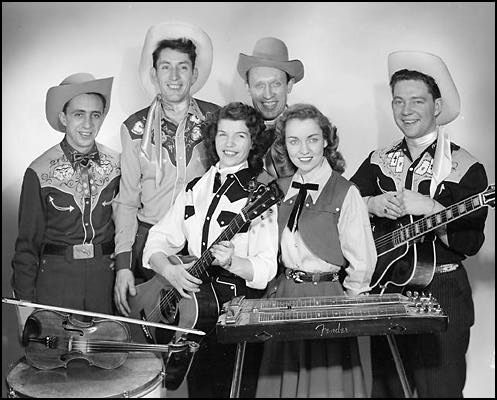 Throughout the 1950's and 1960's, Al (who had, by that time, changed the spelling of his last name to help disc jockeys and others pronounce it) worked with some of the legends of country, pop and rock music. It was not unusual to find him among the roster of names to appear with such greats as Ralph and Carter Stanley, Bill Monroe, Brenda Lee, Gene Autry, Mac Wiseman and scores of others.

In fact, Al was among the group of onlookers during the signing of Elvis to RCA Records.
During the late '50's and early 60's, there were scores of fine musicians and singers among the residents of Cincinnati, Ohio. Al had no trouble fitting in with them in the nite club scene of those days.

During his years as a nite club performer, he became friends with such other rockabilly performers as Rusty York, who he introduced to the circuit when York first arrived in the "Queen City".

The two performers were to become good friends throughout the remainder of Al's life. York was to honor Al by performing "Amazing Grace" at his friend's funeral.

Al was a multi-talented individual, having taught himself to play rhythm guitar, bass fiddle and drums. His original comedy routines were some of the most uniquely derived of their day. 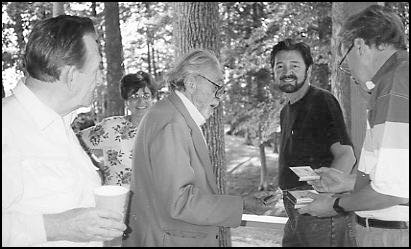 One of his best talents, his singing voice, was recognized during the late 1950's. Gateway, Coral and Starday Records all signed Al to contracts.

Starday released a 45 rpm of one of his original rockabilly songs, "Baby, Please Come Home", which was the "B" side of "The Day Before the Night", recorded by Al in January of 1958.

According to Al, "Baby, Please Come Home" was penned by him in 15 minutes, while the studio musicians and engineer waited. Apparently, the studio was shy a second side for the much touted "The Day Before the Night".

Another rockabilly song recorded by Al is "My Baby Left Me". Originally recorded on the Gateway label in mid 1956, the song can now be found on rare rockabilly compilations.

During this timeframe, Al continued to perform live shows alongside other Cincinnati based big name talents like Bonnie Lou.

Al spent two years as a regular on The Corn Huskers' Jamboree, which was broadcast over WCPO television in Cincinnati, Ohio. 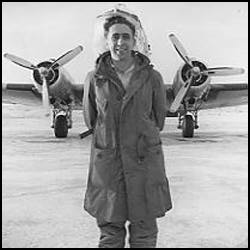 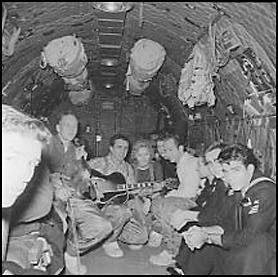 Between 1956 and 1958, he led two five month tours with his group, "The Westerners", for the USO Shows overseas. After landing at one of the Naval bases, Al and his group were met and escorted to their barracks by a full Honor Guard. He was presented a medal in appreciation of his work in entertaining the troops and a full, front page story about Al and his group appeared in the "Stars and Stripes", a servicemen's newspaper.

Sub-zero temperatures and dangerous flying conditions did not sway Al from seeing that the boys received a taste of home. More often than not, you could find Al entertaining the boys in their quarters after the show was over. This endeared him to the servicemen. He was willing to give them an up front and personal show, after the show.

All through the 1960's and 1970's, Al continued to perform numerous public engagements, recording sessions and appearances on radio and television programs.

Although well past retirement age, Al continued throughout the 1980's and 1990's to entertain the public with his comedy routines and his unique blend of country music. His last public appearance "for pay" was in 1996, when he brought out his old "Cousin Elmer" routine, dusted it off and presented it to visitors at Pine Mountain State Park, located in Kentucky.

On the morning of Christmas Eve, 1998, Al succumbed to cancer and heart disease. He left this world with the same grit and determination which he carried inside himself throughout his life.

Above are some photographs which include shots from Al's USO Shows, publicity photos from the mid to late 1950's, and more recent photos. There is one photo which shows Al with Rusty York and other entertainer buddies, taken at Rusty's cabin in Indiana. That picture dates to circa 1997.

There is also a picture of him, sitting at a table, which was taken around 1997. One of the publicity shots is a group photo taken of his USO Show band, "The Westerners".

The photograph of him with the two ladies (one of which is dressed like "Daisy Mae") was taken during one of Al's appearances before servicemen, performing his "Cousin Elmer" comedy routine.


Thanks, so much, for the opportunity to have Al's story told over the Internet.
-Jan Runions